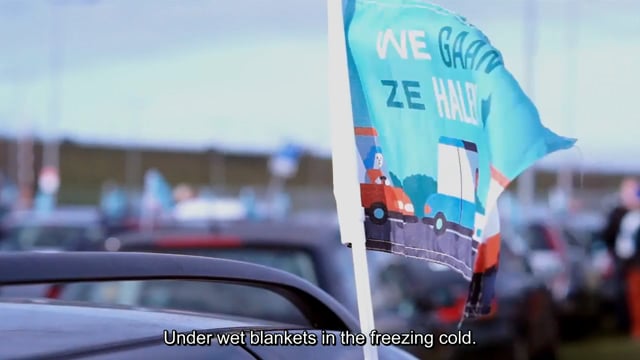 We, as European Citizens, offer ourselves and our vehicles to relocate the refugees from Greece ourselves. Will you sign up and join us on March 6 in Brussel? The European leaders gather that week and we will be there with our cars, motorcycles, vans or even bicycles to show that we want this relocation done now! They did a #refugeepromise. Now, let us Bring Them Here.

Reminding European leaders of their promises

On 6 March 2017, something big is going to happen in Brussels. Hundreds of people will gather for a car rally around the Schuman roundabout, to show EU leaders just how serious we are about welcoming refugees.

We’re driving to Brussels in our own cars, offering ourselves as ‘Official European Chauffeurs’, willing to bring refugees to our respective countries if that’s what it takes to make it happen.

It’s been more than a year since EU leaders promised to relocate some of the tens of thousands of asylum-seekers trapped in Greece, but so far their pledges remain largely unfulfilled, leaving thousands of people languishing on the doorstep of Europe.

Meanwhile, these men, women and children are forced to stay in inhumane conditions through a freezing winter, left out in the cold on the doorstep of the very place they came to seek refuge. This is not the kind of Europe we want to be.

So, we’re doing our bit and taking a stand; it’s time European governments lived up to their commitments.

Be part of it – join us in Brussels or show your support online.